I had a perfect career as a professional dancer but in I suffered a serious injury and was not able to continue dancing anymore. I was depressed and broken. To save myself from going crazy I decided to study at one of the famous film universities in Moscow as a director of photography. The course required a photography background and therefore decided to go into photography first. It was the year that the first governmental school of photography named after Alexander Rodchenko opened. All the professors from the film university were teaching at that school as well.

During my two years there, I fell into photography and I made the decision to commit to it as my only form of artistic expression, instead of cinematography. To be honest, at the beginning of my photo career I used to take rather boring shots featuring beautiful women and lovely landscapes with digital cameras.

But one day I saw a review of the Leica M9 and I was intrigued as to what kind of camera it could be with such a price tag. At that time I owned one of the top set-ups from a well-known Japanese company. I was amazed by the color rendition and the lens focus. That was the day I put my entire set-up up for sale and the next day I was the happy owner of a Leica M9 and that Summilux lens. My sense of self-importance went off the scale and I considered myself to have become a real photographer.

At that time my beautiful models and lovely landscapes were especially gorgeous! I considered myself a real rangefinder guy and having all that equipment I thought I had become a member of the closed and cozy club of rangefinder camera lovers.

I expected to become a revelation in black and white photography, despite knowing nothing about real beauty and aesthetics. How surprised I was when instead of delight, I received sarcastic, offensive and mocking comments from the club members. On that evidence, I was sure that some people are just ignorant in questions of beauty and art but the doubts crept in. In parallel to this, I went back to the material I used at photo school. I also started to engage with more theory, such as the Golden Ratio, color in painting and essays on painting.

I spent more than 6 months discovering a world of art completely new to me and I hardly took a single photo during this time. When I finally felt ready to hold a camera in my hands again I realized that it was paramount for me to have a picture in my head first, rather than just to shoot what I see.


That was also the first step away from digital and into the world of analog photography. I had no problems with the film developing process itself, as I had a strong analog background from photo school. That was the day I started my new analog photography life and that is the story of how I got into collecting vintage cameras. I love my Leica cameras because they have a rangefinder and are both compact and silent.

When you look into the viewfinder you have total control of the picture you wish to create. A lot of your images are hard to date due to their analog style and the lack of contemporary features. 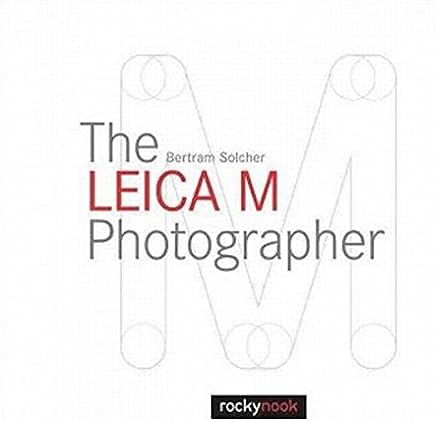 How much of this is down to your set up and how much is a conscious decision on your behalf? However I have no desire to make retro photographs, it is much more the will to show the unique moments that people barely see nowadays. That is why I consciously strike these gadgets out of my images.

This series of street photography also has a strong emotional feel to it. How do you go about capturing such moments? There is no secret to capturing these types of shot. You just spend a long, very long time watching people in their ordinary lives and each time you imagine what could happen in the next instant, what you would like to see in your viewfinder. Sometimes you are lucky and reality provides you with that, which you already have in your mind.

The majority of these images show a complete cross section of society during their leisure time. Your subjects are often unguarded and this also helps in capturing their emotions. How do you manage to achieve such candid shots? The more time you spend on the street among people, the more invisible you become to them.


They just stop noticing you and show their real faces. The important thing to remember also is that you are only able to see in other people, that which you are yourself. Which camera s and lenses did you use to shoot these photographs? And what do you see as the advantages of your set up? The cameras are silent which is so important for street photography , reliable and I know them inside and out, they are like very good friends to me. Why do you prefer shooting on film for your street photography? I took a bus to visit some pawn shops in downtown Brooklyn. There I actually saw a lot of interesting camera equipment, and priced nicely.

But my cameras were not there. I registered the cameras with stolen goods databases.

And I also registered one of them with the stolen camera website that specializes in tracking activity of equipment by checking EXIF data of uploaded pictures. If anybody were to start using the cameras, and were to upload the images to Flickr, or many other sites, then their images would show up, I would be able to maybe track them down? Also, if any pawn shop were to check the serial numbers against the stolen goods databases, they would discover my messages.

But frankly, that ship might have already sailed. If anybody had indeed stolen the cameras, they would have likely moved through some system very, very quickly. But maybe not. Maybe they could resurface after years?

The cameras had been on their way to be serviced. So Leica also made a special note in their database to make sure the cameras would be flagged, had anybody attempted to have them serviced. But all of this obviously did not replace the loss. UPS started an investigation. Some part of that routine eight-day investigation seemed to be a call to me, with questions about my name, and the approximate value of the equipment. I assume that a lot of what happens when things get lost with UPS is probably much less honest than the shipping I attempted here.

I spoke with a few people about my loss, of course. And the opinions were pretty varied. And it was not a lot of support on average. Most of those I spoke with would just ask me if my equipment had been insured. No insurance would obviously cover the loss as it had occurred. A lady who often seems to spend some of her time near the front desk of the building pointed out that in the week when I shipped the package, the regular UPS man was on vacation.

The man on that day was a substitute. The doorman in my building offered to show me the recording of the package being picked up. I watched it.

It was easy to find the moment. The pickup was time stamped around AM. The package was clearly visible in the video. My little box was moved a bit before it was picked up, as someone was vacuuming the area, but eventually it left the building with the UPS man. Then the actual scan happened off camera. A few minutes later the UPS man ran through the door again in to bring back some additional envelope. He embraced someone working at the building, then left.

The additional theory could be here, that the package had been left unattended for just a few minutes outside of the building, and that that was enough for it to disappear. I spoke with the man who seemed to know the UPS man. And he explained that almost every move of these guys was recorded.

Even the times when the truck engine was on or off was noted. Oh, and they also never traveled alone. There were usually two UPS people covering a shift. One would stay at the truck, while the other would deliver and pick up. And his response allegedly was that this felt like a very odd occurrence, as a camera had also disappeared when that same substitute worked his route a year earlier.